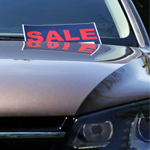 Although a vehicle’s value typically drops fairly rapidly, the tax rules limit the amount of annual depreciation that can be claimed on most cars and light trucks. Thus, when it’s time to replace a vehicle used in business, it’s not unusual for its tax basis to be higher than its value.

If you trade a vehicle in on a new one, the undepreciated basis of the old vehicle simply tacks onto the basis of the new one (even though this extra basis generally doesn’t generate any additional current depreciation because of the annual depreciation limits). However, if you sell the old vehicle rather than trading it in, any excess of basis over the vehicle’s value can be claimed as a deductible loss to the extent of your business use of the vehicle.

For more ideas on how to maximize your vehicle-related deductions, contact us.