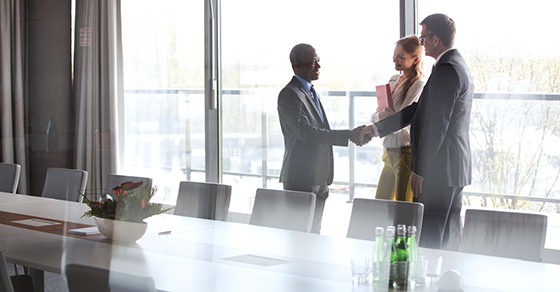 Although the Tax Cuts and Jobs Act (TCJA) was passed months ago, many employers are still grappling with its impact. One area that’s easy to overlook is executive compensation. If your organization offers stock options or substantial salaries to execs and other employees, it’s important to review these arrangements in light of the TCJA.

Grants of stock options and restricted stock units (RSUs) are generally offered only to executives. Intended to spur employers to grant some of their stock to rank-and-file employees, a new TCJA provision applies to employees other than 1% owners, current or former CEOs and CFOs, and certain highly compensated officers.

Specifically, the provision gives eligible employees who receive compensatory stock options or RSUs a five-year reprieve on the income tax liability incurred when they gain unencumbered access to that economic benefit. The provision generally applies to stock attributable to options exercised or RSUs settled after December 31, 2017. But an important stipulation is that generally at least 80% of full-time employees must be covered under the stock grant program for this provision to apply.

The new tax law tightens limits on publicly held corporations’ ability to deduct the cost of certain executives’ pay exceeding $1 million. The cap applies to “covered employees,” which, based on pre-TCJA IRS guidance, included the CEO and the other three highest paid officers.

Under the TCJA, beginning in 2018, the definition has expanded to include the CEO, the CFO and the other three highest-paid officers. The definition now also includes any individual who had been a covered employee in any tax year beginning after December 31, 2016, but no longer is.

Attracting and retaining strong leaders, on the executive level and throughout an organization, is a competitive imperative. And special compensation packages can still play a role in this effort. But, to stay on the safe side, contact us for help following the rules both old and new.