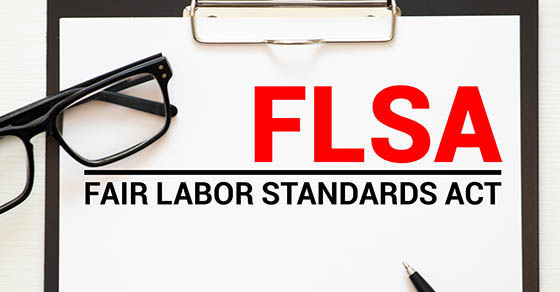 Are your not-for-profit’s staffers employees or independent contractors? It’s an important question because under the Fair Labor Standards Act (FLSA), misclassifying workers can lead to penalties and other costs. If you haven’t reviewed your staffers’ status since the start of the pandemic, now may be a good time — particularly if you’ve recently experienced staff turnover and have started relying more on temporary workers.

The FLSA doesn’t define the term “independent contractor.” Courts, however, generally have focused on several factors related to the “economic reality” of relationships between employers and workers. In general, the Department of Labor (DOL) leans on U.S. Supreme Court rulings for guidance.

The Court has repeatedly stated that no single rule or test applies to determine employment status under the FLSA. It has held that the time or mode of pay isn’t determinative. Rather, the totality of circumstances determines a worker’s status, including the:

The DOL has identified other factors it deems relevant. These include where the work is performed (remotely or on-site) and the absence of a formal written employment contract (or the existence of an “independent contractor agreement”).

Keep in mind that some states have even more restrictive tests. Moreover, the fact that workers qualify as independent contractors under another federal law doesn’t guarantee they qualify under the FLSA. The IRS, for example, applies a different test.

Under the FLSA, you generally must pay covered, nonexempt employees at least the federal minimum wage of $7.25 an hour. When an employee’s hours within a workweek exceed 40, you must pay at least 1½ times the employee’s regular pay rate. Also, you typically need to withhold federal, Social Security and other tax from employee paychecks.

If your organization doesn’t properly determine worker status, it can prove costly. In addition to having to make up the unpaid wages and employment taxes for individuals reclassified as employees, you could end up on the hook for workers’ compensation premiums, unpaid leave and other benefits. Fines and penalties are possible, as well.

Presidential administrations have gone back and forth on how easy or hard it should be to classify workers as contractors vs. employees. President Biden just recently proposed tests that would make it easier for workers to be classified as employees. So it’s important to keep an eye out for developments.

If you have questions about complying with the FLSA and other applicable standards, contact us.